Part 2 : Implementation of consumer policy
Chapter 1 : Major consumer policy at the Consumer Affairs Agency
Section 5 : Formation of a society in which consumers can make a choice and take action by themselves 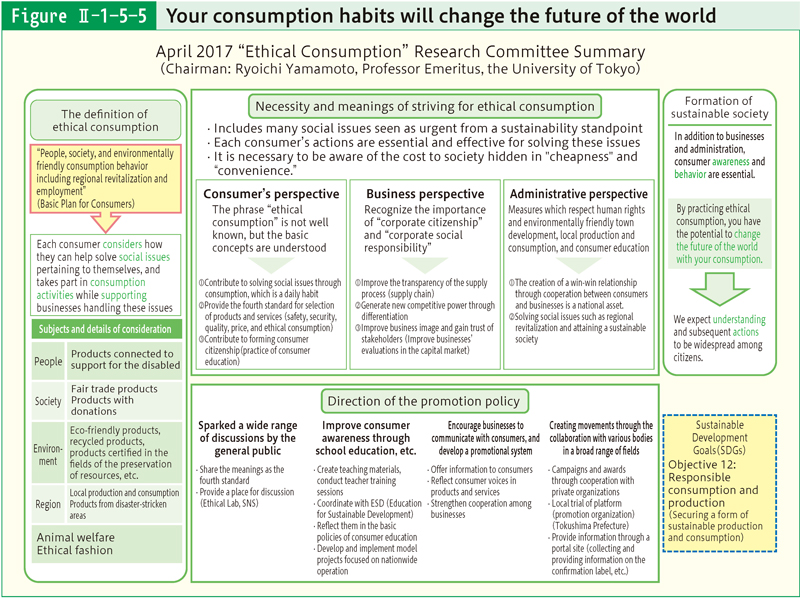